Skin problems are common for the average person, but they can also be distressing especially if you don’t know what causes them or how to manage these issues.

For this reason, we’ll explore the causes of each of the popular ones and the ways they can be treated. 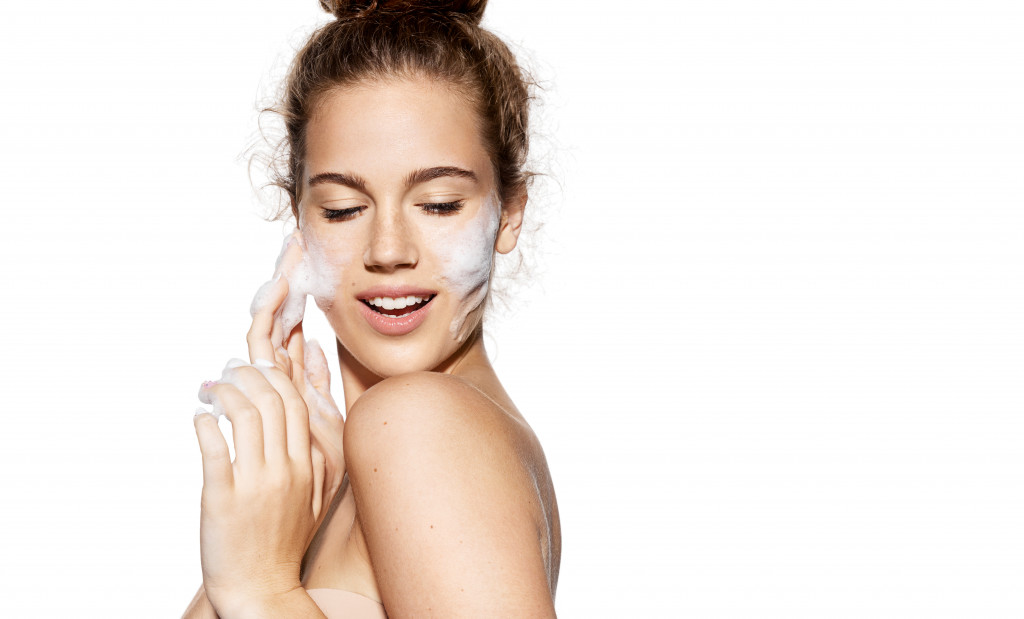 Acne is a disorder of the pilosebaceous unit. This unit consists of two things: an oil gland and a canal, known as the follicle. The oil gland produces sebum, which gets pushed out of the follicle opening onto your skin.

As it slowly moves out through the pores, dust, dirt, and dead skin cells stick to the sebum on your skin’s surface. That’s why acne is commonly found in areas with high concentrations of oil glands, such as the face, neck, chest, back, and shoulders.

The most common cause for acne is hormonal fluctuation in both boys and girls. Hormones stimulate excess oil production during puberty by affecting glands in skin tissue called sebaceous glands. Also, when boys and girls become adults, they experience another hormonal change. The excess sebum production continues through adulthood because the hormones aren’t regulated after puberty.

Genetics can also be a factor in developing acne. Relaxing the hair follicles so oils are released more easily onto the skin surface by waxing or shaving can cause acne breakouts on your face, back, or chest. Squeezing blackheads (comedones) or whiteheads also pushes bacteria deeper into pores, creating small infections that may lead to larger problems over time.

Bacteria also reside within the oil glands along with sebum and dead skin cells. This can lead to inflammation and a host of other problems, including blackheads and whiteheads.

To treat acne, try not to touch your skin because it spreads oils and bacteria. If you must pick or squeeze, use clean hands and cotton swabs to avoid spreading dirt and oils onto the skin’s surface. Also, apply benzoyl peroxide gels, lotions, soaps, or creams to kill acne-causing bacteria on the skin’s surface.

See a dermatologist if you feel these treatments aren’t working for you. Acne-prone skin may be helped with prescription oral contraceptives. Your dermatologist may also prescribe Retin-A or tetracycline, which decreases sebum production and kills acne-causing bacteria on the skin.

Hyperpigmentation is a skin condition caused by excess melanin that leads to brown or black spots on the body. These can occur where your skin has been repeatedly exposed to the sun, such as your face, neck, and hands.

Women often notice hyperpigmentation on their cheeks, upper lips, noses, and foreheads after pregnancy. It can also occur on your breasts or buttocks, where the skin has been stretched to accommodate pregnancy fat.

This excess melanin is a response to the sun’s ultraviolet rays and a response from inflammation from acne lesions. It can also happen when an area of skin has been injured. The body produces cells in that spot to heal the wound, causing a brown or black blemish.

Hyperpigmentation can be treated by using sunscreen throughout the day, avoiding tanning beds and sun exposure, and taking mild oral steroids.

It’s important to consult a dermatologist if hyperpigmentation is severe to avoid permanent changes in skin color. They may recommend using a commercial laser pigmentation removal machine to target the melanin.

Eczema, also known as dermatitis, is an itchy, inflamed reaction of your skin’s surface that can occur anywhere on the body. It occurs when you come in contact with allergens or irritants.

These are substances that affect the immune system by irritating cells in the body and causing inflammation. The rash associated with eczema will often appear raised, rough, swollen, and warm to touch due to fluid retention underneath the skin.

This irritation also causes areas of redness or thickening on top of the skin that commonly appears on hands/fingers, knees/elbows, armpits, inside the elbows, face, feet/toes, scalp, neck/throat/chest, or buttocks.

People genetically prone to allergies can develop eczema when they come in contact with irritating substances that they’re allergic to. These may include perfumes and lotions that an individual may be sensitive to, foods like egg whites or soybeans, and even pet dander.

To treat eczema, avoid scratching the itchy rash because this can cause infection and make the condition worse. Corticosteroid creams, oral antihistamines, or topical immunomodulators can reduce inflammation.

Psoriasis is a chronic skin condition that occurs when your immune system sends out faulty signals to your skin cells.

Normally, skin cells grow and replace themselves every 3 to 4 weeks, but with psoriasis, they grow too quickly, resulting in the buildup of dead skin cells that form scales on the surface of the skin.

This is what causes red patches covered with silvery scales to appear on parts of your body like elbows, knees, scalp, lower back, hands, feet, and nails.

The rapid growth of skin cells also affects nearby joints causing swelling or tenderness. This can result in pain or stiffness in the body especially after an injury or during cold temperatures. People with psoriasis are more susceptible to arthritis than those without it because their damaged joints don’t function properly anymore.

Psoriasis can be treated with coal tar or pine tar, ultraviolet light B phototherapy, and topical corticosteroid creams. Oral medications like retinoids, vitamin D analogues, cyclosporine A, and methotrexate may also be prescribed to reduce inflammation.

Skin problems are often distressing and difficult to treat because every person’s skin is unique, but they can be treatable with prompt medical intervention.